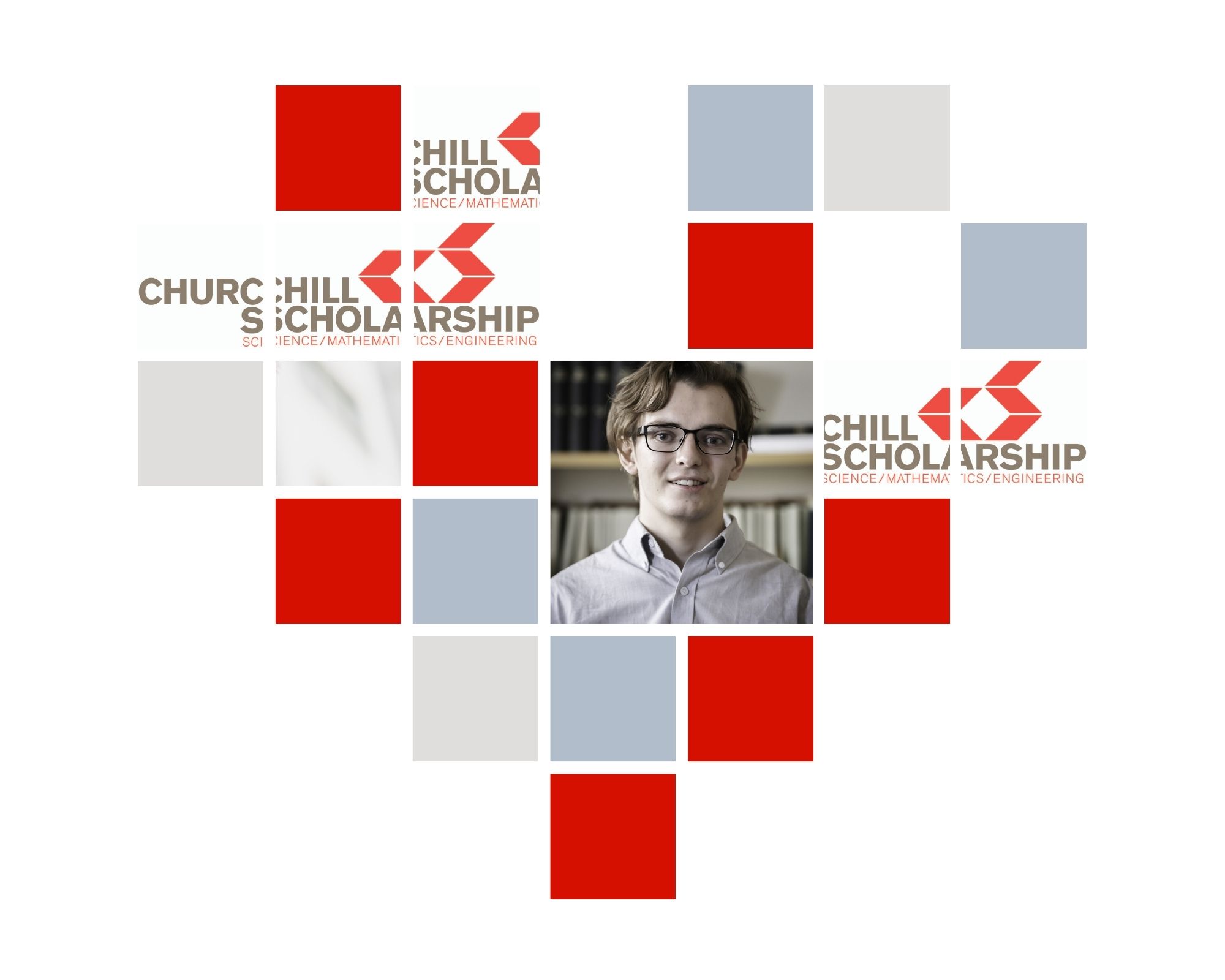 “Isaac’s recognition as a Churchill Scholar is the result of years of remarkable discipline and dedication to a field of study that he loves,” said Dan Reed, senior vice president for Academic Affairs. “His intellectual curiosity and hard work will serve him well as he joins the latest group of extraordinary students to advance this international exchange of ideas.”

Martin’s designation ties Harvard’s six-year run of consecutive Churchill Scholars (1987-1992) and is second only to Princeton’s seven-year streak (1994-2000). Reed said the back-to-back run of Churchill Scholars at the University of Utah demonstrates the exceptional undergraduate research and mentorship experiences the institution provides.

Martin, who was born in Utah and attended high school in Dubai, decided to apply for a Churchill Scholarship as a freshman, after meeting for lunch with Michael Zhao, a 2017 Churchill Scholar who unexpectedly passed away in 2018.

“I am positively delighted and quite flabbergasted to receive the scholarship,” Martin says, “but I wish I could phone Michael to thank him for making the opportunity known to me. His legacy lives on in the undergraduate program of the math department here at Utah, where many others like me have greatly benefited from the example he set.”

The Churchill Scholarship, established in 1963 at the request of Winston Churchill, provides undergraduates with outstanding academic achievement in the science, technology, engineering and math fields the opportunity to complete a one-year master’s program at Cambridge. Students go through a rigorous endorsement process in order to apply, but only after their home institution has been vetted with the Churchill Foundation. The U was added to the foundation in 2014.

Martin, a recipient of an Eccles Scholarship and a 2020 Barry Goldwater Scholarship, remembers as a kindergartener trying to write down the biggest number in existence and, as an eighth grader, suddenly understanding trigonometry after hours of reading on Wikipedia.

“That sensation of understanding, the feeling that some tiny secret of the universe was suddenly laid bare before me – that’s something I’ve only felt while studying math and physics, and it’s a high I will continue to chase for the rest of my life,” he says.

Books by Carl Sagan and Jim Baggott also kindled his love of math and physics, and after several years of self-directed study in middle and high school and a year at Salt Lake Community College, Martin enrolled at the U as a mathematics and physics double major.

After early undergraduate experiences in the research labs of physics professors Vikram Deshpande and Yue Zhao, Martin found himself gravitating more toward mathematics. He completed a Research Experience for Undergraduates (REU) at UC Santa Barbara studying almost Abelian Lie groups, which have applications in cosmology and crystallography, under Zhirayr Avetisyan. This experience resulted in Martin’s first research paper. He later completed another REU at the University of Chicago.

“This research was incredibly rewarding because while it applied to physics, the work itself was firmly rooted in the realm of pure math.” Martin says.

Returning to Utah, Martin worked with professors Karl Schwede and Thomas Polstra to study F-singularities, and developed this work into a single-author paper and his currently-in-progress honors thesis with professor Anurag Singh.

“I would not be where I am today without the incredible faculty at Utah and their willingness to devote time to undergraduates,” Martin says.

At Cambridge, Martin hopes to study algebraic geometry, number theory and representation theory (“in that order,” he says) in pursuit of a master’s degree in pure mathematics.

“I’m particularly interested in learning as much as I can about mirror symmetry, which I intend to make my essay topic,” he adds. “I also plan to drink a lot of tea and to buy one of those Sherlock Holmes coats. I will also begrudgingly begin using the term ‘maths’ but I promise to stop the instant I board a plane back to the U.S. in 2022.”

After he returns from Cambridge, Martin plans to earn a doctoral degree in pure mathematics and enter academia, using his experiences in many different educational systems including U.S. and British public schools, homeschooling and online learning, to broaden opportunities for students from a diversity of backgrounds.

“My past has molded me into who I am today,” he says, “and I hope I can use my experiences to create programs in STEM for opportunity-starved students, whether they are held back due to non-traditional schooling or to socio-economic factors.”

Learn more about the Churchill Scholarship, the Goldwater Scholarship and many more prestigious scholarships for undergraduate and graduate students through the Office of Nationally Competitive Scholarships here.