Most definitions of the “human” hinge upon the characteristics that distinguish us from other animals. Yet, human bodies and brains have far more in common with our animal kin than we often like to admit. In both respects, then—commonalities and differences—other animals are essential to defining and comprehending what it means to be human.

This Praxis Lab will begin with the late-19th-century origins of contemporary evolutionary thinking and experimental physiology. By the time that Charles Darwin published The Descent of Man in 1871, a rich tradition of comparing anatomical and skeletal features of humans and other animals had long existed. Darwin placed these insights in the context of a common evolutionary origin for all organisms, providing a foundation on which to build productive comparisons between humans and other species. 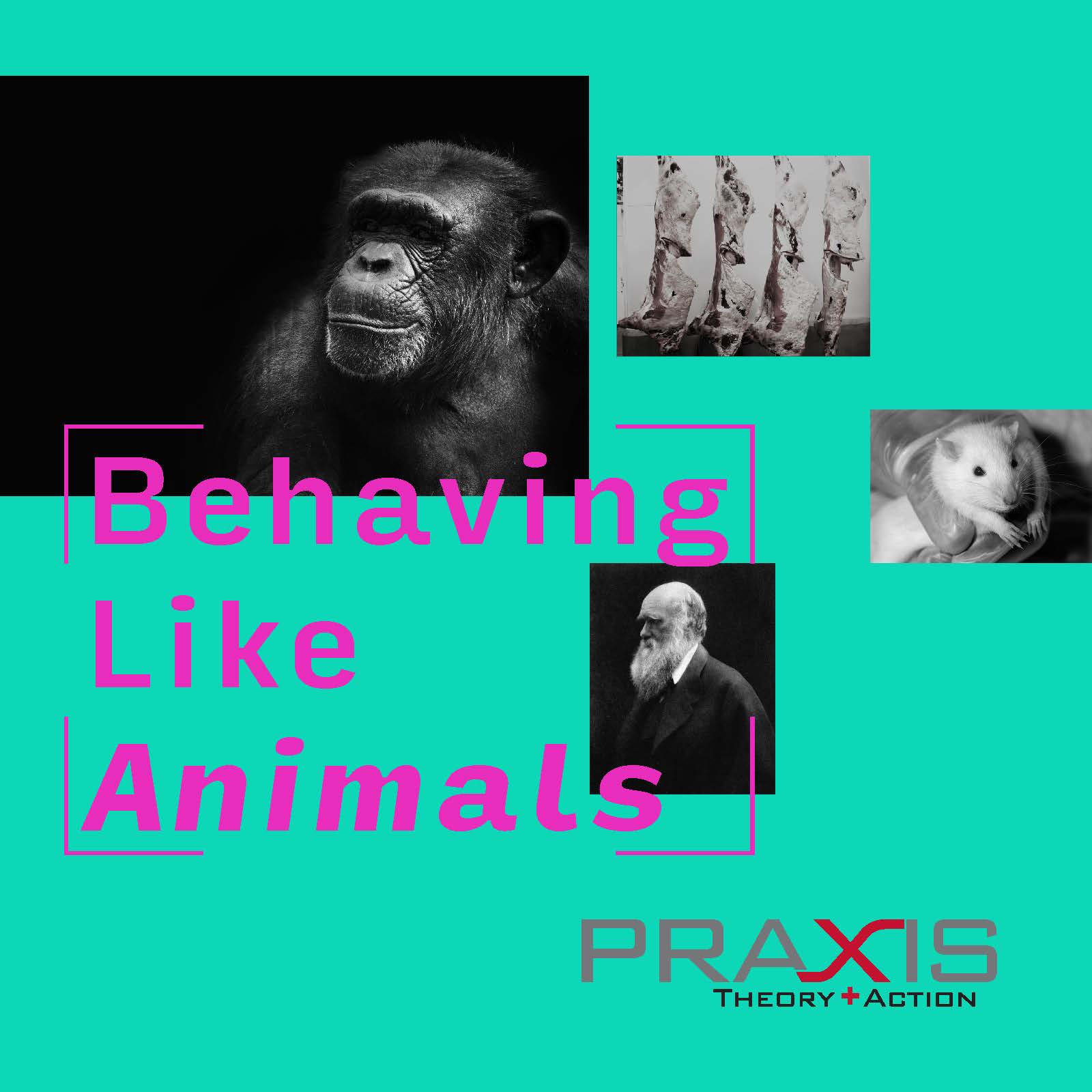 From these historical roots, we will proceed into the 20th century and beyond, where we will explore such topics as: the nature of human relationships with animal companions and workers; the construction of animal models for biomedical research; the threats of zoonotic disease transmission; the ethics of food production; our ecological entanglement with and reliance on other organisms; and the basic tenets of ethical animal care.

“Behaving Like Animals” will focus particularly on the psychological and physiological parallels between humans and other animals that enable us to draw meaningful causal and therapeutic conclusions about the origins of human behavior, from the healthy to the pathological. What are the ramifications of our evolutionary and emotional connections to other animals? What obligations do we have to all animals, and how do we effectively fulfill them? And, ultimately, how do our relationships with and understanding of other animals both construct and deconstruct what it means to be human?

Dr. Mason Dentinger is a historian of biology and medicine, interested especially in the ways that 20th-century biological research has interacted with practical medical and agricultural approaches to life. She has a B.S. in biology and has taught biology laboratory courses and worked in an immunology lab before getting her Ph.D. in the history of science and technology. Before arriving at the University of Utah, Dr. Mason Dentinger completed a postdoctoral fellowship at King’s College London, where she studied the history of early-20th-century parasitology, asking how the movement of parasites between different species has shaped both medical and evolutionary ideas about the relationships we humans share with other animals. In addition to teaching in the Honors College, Dr. Mason Dentiger also teaches medical humanities, where she focus on the history and social ramifications of disease concepts and biomedical categories.

Dr. Bortolato is an associate professor in the department of Pharmacology and Toxicology. Dr. Botolato’s research is primarily focused on the characterization of the biological bases of neurodevelopmental disorders through the employment of behavioral tests in animal models. In particular, his key scientific interest is the identification of the mechanisms of interaction between lipid mediators (including neuroactive steroids and endocannabinoids) and key brain neurotransmitters, such as dopamine and serotonin. To this end, Dr. Bortolato employ a broad array of behavioral, biochemical and molecular biological techniques, as well as stereotactic surgery and HPLC.

The long-term goal of this research is the development of novel therapeutic agents for the treatment of pathological aggression, autism-spectrum disorder, Tourette syndrome, schizophrenia and impulse-control disorders (such as pathological gambling). Dr. Bortolato earned his M.D. and Ph.D. from University of Cagliari, Italy.